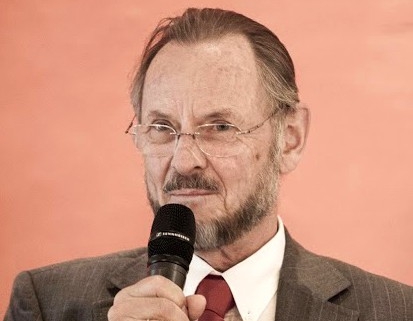 Due to the amendment of the German Law on the Prevention and Control of Infectious Diseases this year, hospitals with more than 400 beds have to employ an own hospital hygienist. How is the situation in Austria? We asked Walter Koller, Professor emeritus for Hospital Hygiene.

Prof. Koller, when researching the topic of hospital hygiene you always find references to the Netherlands as a particularly advanced country in these matters (each hospital has its own hospital hygienist). Germany seems to be progressive as well. How is the situation in Austria? Where do you see progress and where deficits?

In Austria, matters concerning infection prevention and control in health institutions have also found a higher rank in the agenda of state and regional health authorities. The official recommendations are grosso modo comparable to German regulations and can be read in ProHyg 2.0 (refer especially to chapter 7), an official document of the ministry of health which just recently has become a national quality standard.
With respect to regional differences, our situation seems closer to Switzerland with its Cantonal sub-regulations: Austria consists of nine federal states, each of which with its own state law regarding healthcare in hospitals.
In the Netherlands, hospital care is organised differently from Germany and Austria: The Netherlands run by far less hospital beds than our countries, and the number of hospitals in relation to population is much less than in our countries. Thus, the demand for infection control doctors and nurses can be met easier than in our countries. Quality of hospital medicine is told to be high in the Netherlands, but for non-emergency scheduled services patients reportedly are put on long waiting lists.

At the last ICPIC conference (June 2015, Geneva), Dr. Küenburg, president of the Semmelweis Foundation, has listened to a lecture of Emily Landon, Infectious Disease Specialist in Chicago. He was surprised to hear that hospital hygienists in the US seem to have much more decision-making power and design options than in Europe.

When discussing decision-making authority, one has to keep in mind that competency and responsibility must be kept congruent. A hygienist or infection control person may recommend certain procedures and rules, but it is the medical doctor or specialist in charge who has to take responsibility for the patient and for what has actually been done or not done. This rule applies to all forms of consulting, and trespassing this might be of harm for the organisation as well as for the patient. Our profession is consulting, and in this we are responsible for correctness and appropriateness of advice. We are not responsible for medical or organisational action taken, because this is the responsibility of the CMO or CEO.

Your reference that hygienists are consultants seems important to me. Good communication and a correspondingly good coordination between hygienist and the doctor in charge is therefore essential, I suppose. How does this work in practice? Probably, it is often a balancing act between what the hygienist recommends and the financial possibilities of a hospital? And to return to the original question: How does this communication look like in the US, where the voice of hygienists apparently carries more weight?

Good communication between the different professions as well as high quality management are mandatory for good outcomes and best practice in healthcare – effects that cannot be reached by one person or one profession alone. Modern healthcare depends on optimised interaction of interdependent professions and actors. As long as competency and responsibility are kept congruent, the actual components of the system might differ as e.g. between German speaking countries and the US. In UK and US, there is a long tradition of academically trained nurses who take other responsibilities than their colleagues do in our countries so far.