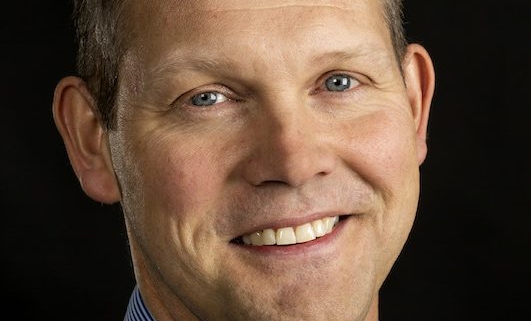 Researchers in Gothenburg have shown that air samples from Beijing contain DNA from genes that make bacteria resistant to the most powerful antibiotics we have. We interviewed study co-author Joakim Larsson, professor at Sahlgrenska Academy and director of the Centre for Antibiotic Resistance Research at the University of Gothenburg.

Prof. Larsson, at the IMED 2016 (4-7 Nov; Vienna), was mentioned your recently published study „The structure and diversity of human, animal and environmental resistomes“. The fact, that anti-resistant genes (ARG) can be found in the air of high polluted regions was new for me, and I found this aspect very interesting.  The speaker mentioned China as a country where in many regions (esp. big cities) can be found high concentration of ARGs in the air. In which other regions in the world one can observe a similar phenomenon?

There were only samples from Beijing that were sequenced to a similar depth, thereby enabling this kind of analyses. So the simple answer is that nobody has looked anywhere else, yet.

In the study-conclusions there can be read that antibiotic-polluted environments are identified as under-investigated transmission routes and reservoirs for AMR. Are further studies planned to get more insight in this issue?

In terms of antibiotic polluted environments, yes, we do a lot of work in our group in Gothenburg on trying to understand the relation between exposure levels to different antibiotics in the environment and the selection of antibiotic-resistant bacteria. We also work on interventions to reduce pollution from manufacturing within our recently started Centre for Antibiotic Resistance Research (CARe) at university of Gothenburg (www.care.gu.se).  Also in term of investigating air as a possible transmission route, we have together with researchers from the Netherlands, Germany and Romania recently received funding (via JPI-AMR) for a three-year project to study aerial transmission of resistant bacteria from sewage treatment plants to workers at the plants and to residents living nearby.

In the study-conclusions can further be read that high taxonomic and genetic diversity of external environments supports the hypothesis that these also form vast sources of unknown resistance genes, with potential to be transferred to pathogens in the future. Which parts of the „external environments“ are especially dangerous, – dust more than water? And what is about soil?

When it comes to the risk for promoting resistance, the external environments with the highest risks are those polluted with very high concentrations of antibiotics directly from manufacturing. It is considerably less clear if the low levels of antibiotics in the environment that are the result of usage and excretion are sufficiently high to drive resistance. But we can by no means exclude that such a risk exists.”

„Antibiotics are not a magic drug!“