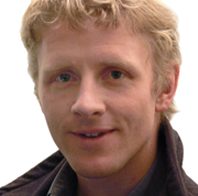 Yes, before we started work on this, my guess would have been that it would have been the bacteria in dense populations that would have been stressed and had a high mutation rate, but we find that that’s not true – it’s the relatively lonely ones which are more likely to mutate. There are different ways of asking ‘why‘ this happens – in this paper we asked whether there were particular genes involving preventing or repairing DNA damage that organisms need to change their mutation rate. It turns out that a particular gene is needed that is involved in removing molecules that could cause mutations if they were incorporated into DNA. Relatively lonely bacteria have increased mutation rates, but so do relatively lonely yeast and yeast are more closely related to us than to bacteria. What’s remarkable is that a gene that removes the same mutation-causing molecule is needed for either yeast or bacteria to change their mutation rate with the density of the population, so they are doing this because of a mechanism present across the tree of life.

You focused on one specific bacterium – E. coli – Could it be the same with other bacteria, and do you plan any investigation in this direction?

Yes! We looked specifically at one other bacterium in this study, Pseudomonas aeruginosa, and that seems likely to be unusual in not doing this. However, when we look across 70 years worth of published mutation rates, we find that most of them look like their mutation rates change with population density. A real surprise was to see the same pattern in mutation rates other people have measured in viruses, but we have not looked into that ourselves.

What effects do your findings have on further research?

We would of course like to figure out more clearly how and why this is going on, so we shall be focusing on understanding both how it works and what effects it has on the course of evolution. More widely, I think it opens up a new route in to thinking about how evolution works – we often think of mutation rate as being a constant for a particular organism, but this is saying that that’s not really true – so there’s lots of new research questions about how this might affect particular issues, like the evolution of AMR.

Do you think that the investigation of DAMP (density-associated mutation-rate plasticity) will be a key factor in the fight against AMR?

The simple answer is that I don’t know. But what I do know is that DAMP is telling us about how microbes evolve and AMR is a product of microbial evolution. So, understanding how AMR evolves will be a key factor in tackling it.

AMR: an interdisciplinary project, including design and visualisation to imagine...