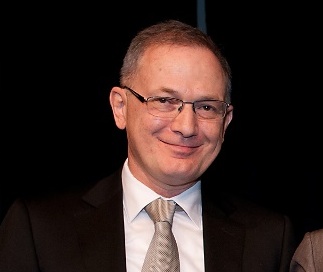 The European Society of Clinical Microbiology and Infectious Disease (ESCMID) has warned that Britain and Europe collectively could face more than a million deaths in an impending „Antibiotic Armageddon” unless more is done to develop new cures, rapid diagnostics and preventative measures. The spread of drug resistant diseases must be combatted, recently said ESCMID President Murat Akova at the ECCMID conference (end of April 2015).

Experts at ESCMID, an organization that explores risk assessment, knowledge sharing and best practices in the fight against infectious disease, issued the warning adding that without more money being spent on developing new drugs and the rationing of existing supplies, deaths across Europe could pass the grim milestone of a million by 2025.
It is estimated that around 25-30.000 Europeans die each year due to antimicrobial resistance and the total number of deaths is now over 400.000. ESCMID predicts that within the next 10 years, annual deaths in Europe could top 50.000 per year. The global position is even more critical, and by the year 2050, deaths per year are projected to rise to 10 million, surpassing major killers such as cancer, diabetes and road traffic accidents.
ESCMID President Murat Akova : “The worrying aspect for Europe is that there is clearly a huge risk, particularly across some of the Mediterranean states. However, no one really knows just how big the problem currently is, let alone how big it’s going to become in the future. Although, we could see European national numbers remain broadly the same, it is far more likely to double, treble or even quadruple in the next 10-years. The other major problem is that bacteria do not respect country boundaries, so we are likely to see highly-resistant microbes spreading out from nations with a more severe problem. We need both European-wide and global strategies, as well as national initiatives, as the problem will not remain regionalised for long.”
The worst affected nations in Europe are Greece, Spain and Italy, which are facing an imminent antibiotic Armageddon, as an increasing number of bacteria within these countries are now resistant to most, or all forms of known antibiotics. The situation is not only due to the lack of new antibiotics, but is being exacerbated by poor monitoring and control of drugs supply, and insufficient infection control in many hospitals and institutions.

Message from Professor Didier Pittet, supporter of the Semmelweis Foundation,...