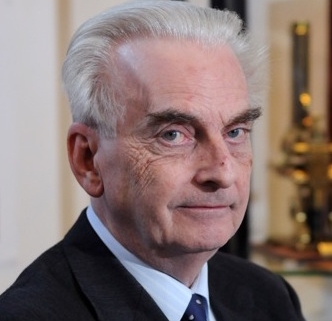 Have bacteria won? With this question Hugh Pennington goes straight to the heart of a growing public anxiety. The author, an emeritus professor of bacteriology at the University of Aberdeen, was interviewed by Carola Timmel.

Qualified optimism is the message for the future, you say in your book, published some months ago.  I like this statement, particularly as it neither fuel big hopes nor fears. Opening the newspaper one has the impression that constantly someone finds something that could solve the problem of AMR. Which of this approaches are probably the most promising ones?

There is no simple answer to AMR. Different bacteria behave very differently in their evolutionary response to antibiotics. Syphilis is still sensitive to penicillin as it ever was. Mycobacterium tuberculosis will inevitably become resistant during the treatment of a single patient if that patient is treated with a single drug – that is why 3 are used to start therapy. MRSA gets commoner by patients carrying it, moving from hospital to hospital with it spreading in them because the hospitals are not following Semmelweis -poor hand washing practices. Most important approaches: only use antibiotics when really necessary. Stop their availability without a doctors’ prescription. Make sure that hospitals have the best control of infection policies and make sure that they are being implemented.

On page 126 you say that Alexander Fleming did not intend to discover antibiotics. You are quoting Professor Ronald Hare who said that it was the supreme example in all scientific history of the part that luck may play in the advancement of knowledge.Do you think that again the parameter of luck could lead us to solutions?

Yes. Prof Ronald Hare gave me my first microbiology job. He had worked with Fleming. Fleming’s genius was to follow up his observation that a Penicillium mould had destroyed staphylococci. Others before him had probably made the same observation but not acted on it. Pasteur said „chance favours the prepared mind“. It is certain that new discoveries will come from research, but some will not be the expected ones, so long as researchers are ready to follow up unusual and unexpected findings.

I was deeply concerned to read (page 128) that the abuse of new antibiotics will start without delay (past experience indicates this). Preventing it in countries with poor regulatory systems will be much more difficult than making the discoveries! What must be done to prevent this scenario?

We must persuade these counties to regulate antibiotic use by making them unavailable over the counter without a medical prescription, by educating doctors better, and by getting the message to the public at large.

„Antibiotics are not a magic drug!“
Nach oben scrollen