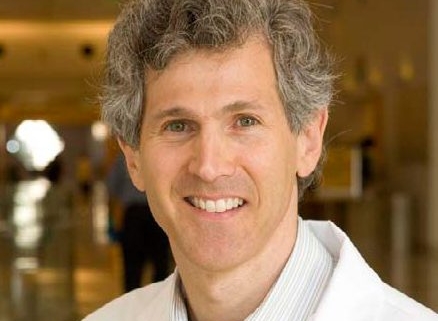 The handshake represents a deeply established social custom. Banish this custom from healthcare setting seems to be a difficult task. Despite all difficulties, Mark Sklansky dared an experiment: The handshake-free zone initiative. An Interview with the professor of pediatrics at the David Geffen School of Medicine at UCLA …

Prof. Sklansky, in 2015, you decided to try out the idea with a six-month experiment in two neonatal intensive care units. The result was positive, a certain handshake-free culture was established. But how is the situation now, 2 years later? Could you already find a possibility to measure the HAI-rate? Did it decline?

We still have handshake-free zone signage and education and culture in place in our neonatal in- tensive care unit (NICU) at UCLA (University of California at Los Angeles). While our NICU staff supports this new approach, we have not yet specifically measured the rate of nosocomial infection. That would be our next study.

Okay, you have not yet specifically measured the NI-rate – but what are your observations?

We have not seen any obvious difference in the rate of infection, but would not have expected to, at this point. Many factors to consider when designing the methodology for a study.

How staff and patients/resp. families are responding to your handshake-free initiative?

Staff and families in the units were told the reasons for dropping the handshake. Families love the idea, after being educated, staff are mixed…mostly very favourable …

For someone entering the hospital – is it immediately visible that he/she is in a handshake-free house?

Yes, there are signs that feature two hands gripping each other inside a circle with a blue line through it. And under the signs one can read the words: „To help reduce the spread of germs, our NICU is now a handshake-free zone. Please ﬁnd other ways to greet each other.“

Are you the only hospital in the US doing like that?

I don’t know of other institutions doing this…yet!

When will you start with your second study?

A next study is being discussed… we need to design it carefully.

Final question: Prof. Andreas Voss, Professor of Infection Control at Radboud university medical center (and keynote speaker at our Second Semmelweis CEE Conference in March 2017 in Budapest) has established the “fist bump”. This welcome ritual is obviously much better than the handshake. But do you think that handshake-free is even better?

I think the fist bump, or something similar, is better than the handshake, but many people do not like the fist bump, and the fist bump does transmit disease. I prefer to let people choose their own greeting. I will be traveling to India soon, and there they recognize that disease is transmitted via the hands (as do we here in the USA) – the difference is culturally – in India, people avoid shaking hands more than in the USA, largely to help decrease the spread of infection.