Du bist hier: Startseite1 / Antimicrobial Resistance2 / What our work suggests is that people who are susceptible to CDI may be... 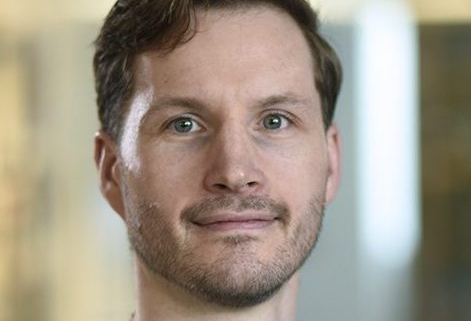 The increased use of the disaccharide trehalose could have promoted the spread of the virulent Clostridium difficile (CD) strains RT027 and RT078. This has shown a recently published study. An interview with study author Dr James Collins (Baylor College of Medicine, Department of Molecular Virology and Microbiology, Houston, Texas)

Starting in the early 2000s Clostridium difficile infection (CDI) became an increasing problem across the globe, exceeding methicillin resistant staphylococcus aureus (MRSA) as the predominant hospital acquired infection in many places. This rise was mainly due to the spread of a few “hypervirulent” lineages, among them the ribotype 027s (RT027). Our lab and others were interested in finding out what it was that gave them an advantage.  Certainly, one aspect that enabled the spread of RT027s was a newly acquired resistance to fluoroquinolone antibiotics. However, we had previously shown that these strains are more ecologically fit than other C. difficile lineages (Robinson et al 2014., Epidemic Clostridium difficile strains demonstrate increased competitive fitness compared to nonepidemic isolates.). We wanted to know what made it possible for these RT027 strains to outcompete other lineages. To do this, we examined several carbohydrate and protein sources and noted that trehalose was one of the sugars that provided a growth advantage to RT027 strains. It was only after researching trehalose that we realized that it’s widespread adoption coincided with the spread of these ribotypes.

Which interactions were observed between trehalose and the increase of RT027 (resp. RT087). Which of the two ribotypes reacts more to trahalose?

All C. difficile strains can metabolise trehalose if it is provided at a high enough concentration. The RT027 & RT078 lineages, however, have independently evolved ways to metabolise very low levels of trehalose (~500 times lower than other ribotypes).

Will there be a follow-up study to confirm the first results?

There will likely be follow up studies to this work both by us and I expect other groups; although the animal studies are compelling they are not directly comparable to humans.  The mechanism by which this sugar increases virulence is also still to be elucidated.

If it turns out that trehalose plays an important role, which consequences could that have for the hospitals? Is trehalose intensively used in the hospital setting?

If further work backs up out hypothesis then I am sure there will be a move to remove trehalose from the diets of hospital patients. It is important to note, however, that we have no evidence that trehalose in unto itself has any detrimental health effects.  Clostridium difficile infection (CDI) is highly correlated with antibiotic use and the healthcare environment –  especially in elderly patients. Healthy people with no antibiotic exposure are extremely unlikely to acquire CDI, even if trehalose is consumed.  What our work suggests is that people who are susceptible to CDI (elderly, antibiotic use, immune compromised) may be well advised to avoid consumption of trehalose. Avoiding trehalose will not ablate the risk of CDI by any strain but may prevent selection of an especially virulent lineage that can metabolize low trehalose concentrations.

If you find yourself, or someone you love, in a hospital setting, ask ….!